Gaudi’s Sidewalk in Barcelona is world renowned. This blanket brings it to life in your home.

I could not stop looking at my feet. My husband was trying to get my attention and a man walked by and spit on the ground. I gave that man a dirty look. How could he not see the wonderful art at his feet. I was enamored as I studied the way each hexagon and line came together. Alone the hexagon seemed cryptic, but together it was magnificent.  I wanted to take this piece of Barcelona home. 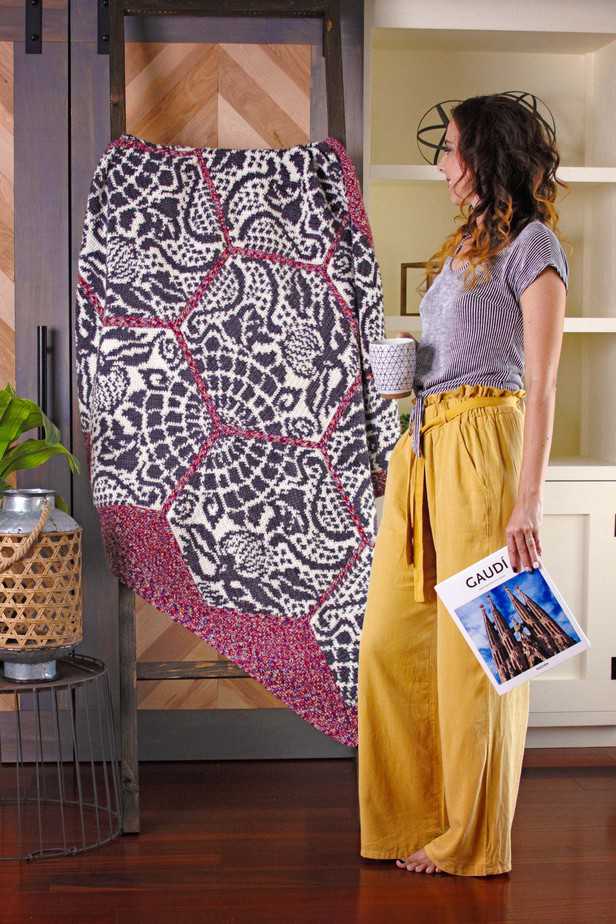 Wanting to crochet an homage to Gaudi’s Sidewalk and making it a reality were two different things. It surprised me how long it took to get the exact gauge and stitch sizing for the correct dimensions. And then the time it took to create the piece. 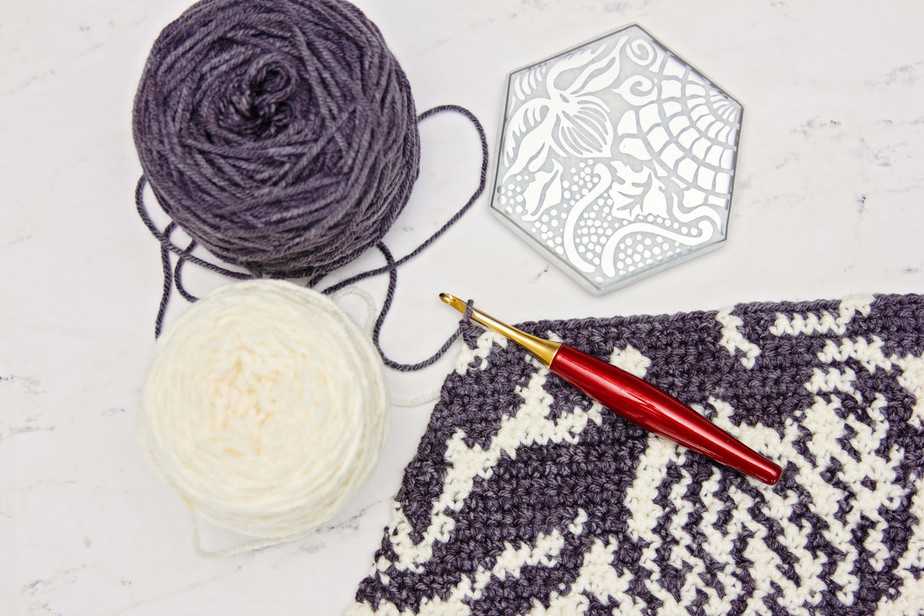 Antoni Gaudi (1852-1926) was a Spanish architect. He is known for his Catalan Modernism and one of a kind style. Most of his works reside in Barcelona, Spain.

Much of his inspiration derives from nature, which he uniquely ties to modernism. His most famous works is the Sagrada Familia Cathedral.

Gaudi’s design which influenced me the most was his stone tiled sidewalk. Right away the hexagon shapes spoke to me. It’s a mathematical shape that is often found in nature and uniquely fits together. In this design every rotation forms a new image at the vertices representing the sun, earth, and sea. 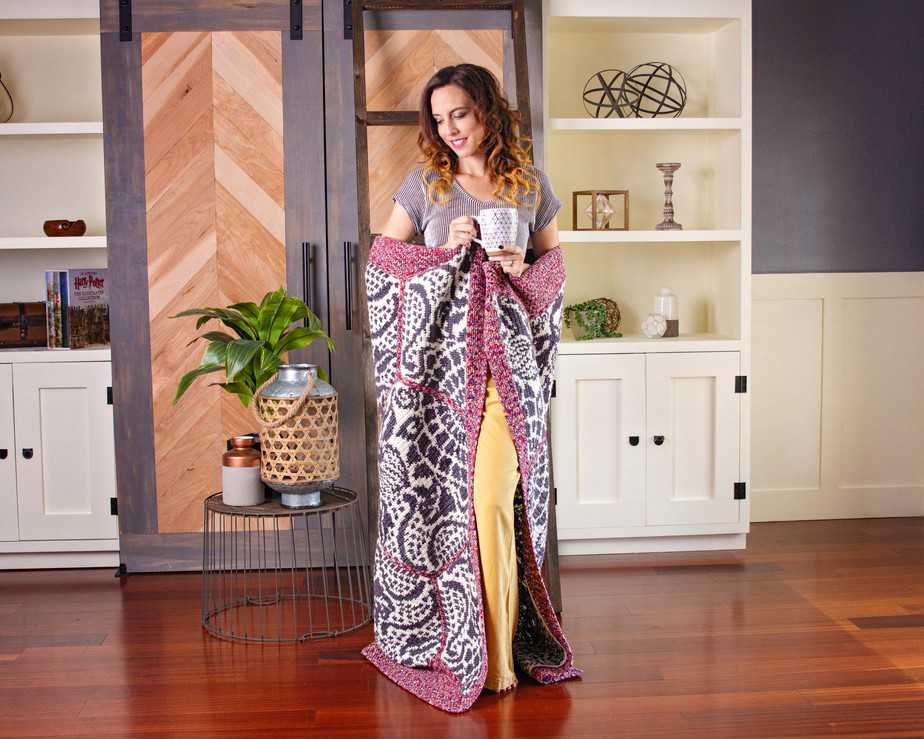 Did it get boring? Not at all.
I worked on this project one piece at a time at just under five months. It wasn’t the only WIP on my couch so I would pick it up when I wanted and do a hexagon here and there. One of my favorite things about working in pieces is the small goals that don’t feel overwhelming.

Where to Purchase the Pattern 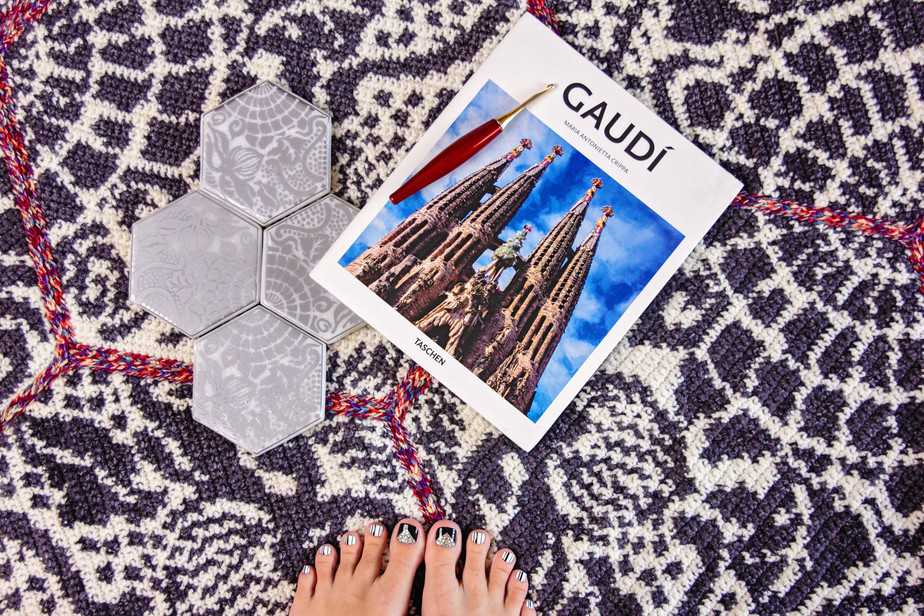 I hope you enjoy creative this work of art just as much as I did. And if you like the look of the blanket ladder in these images head on over to the DIY Blanket Ladder tutorial to create your own! 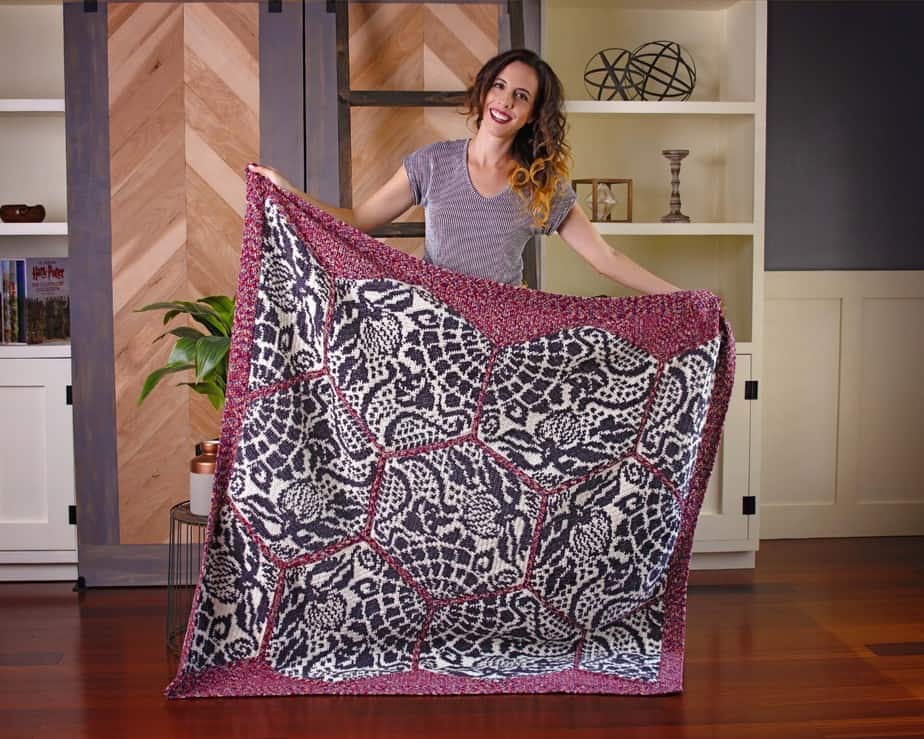